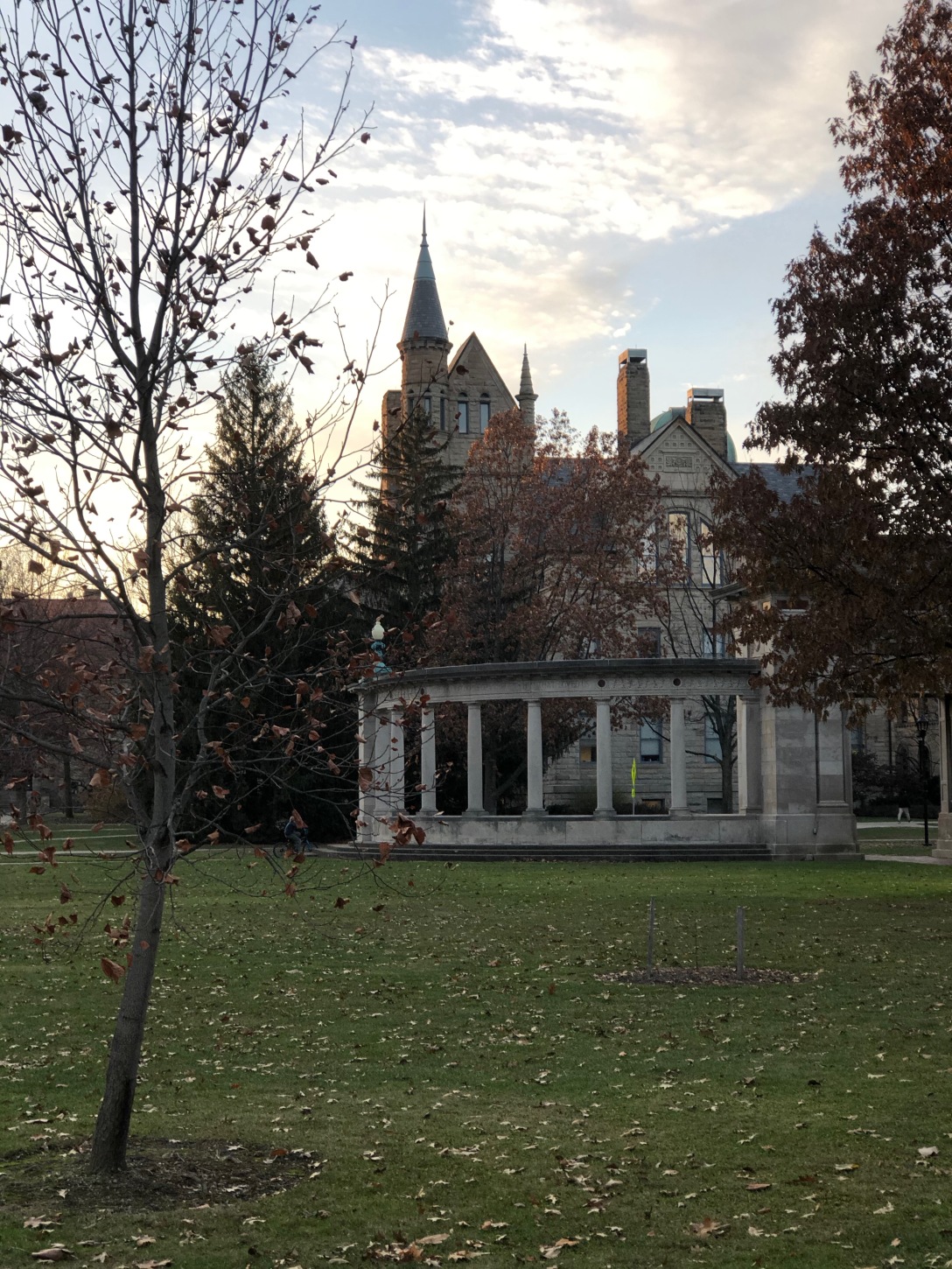 “Doesn’t it feel as though we were here yesterday?” I whisper to Nick, reaching for his hand.

We walk along the crisscrossed paths on the campus of Oberlin College, alongside red bricked buildings, among students carrying backpacks, on their way to the last of their lectures before school lets out for the Thanksgiving break.  It was once our college, the one we both graduated from, thirty years ago.

The large oak trees on Tappan Square shed rust colored leaves. The art building and museum stand on the corner, where I spent so many hours studying art history. Peters Hall, with its towers and domed planetarium, still resembles the setting for a Harry Potter book.  The main library, affectionately called Mudd, looks out over Wilder Bowl, with its study cubicles and “moon” chairs, whose floors get progressively quieter the higher one goes. The students, in their distinct Obie attire and attitude – blue hair, alternative clothing, vegan diets – ready to take on the world from an unconventional perspective, to challenge the status quo, to advocate for the underdog.

On the other hand, everything has changed.

Yanni, our son, already in his second year of college, approaches us from the science complex, a new building, built upon the footing of its predecessor.  He wears an Oberlin sweatshirt and a wide grin.  My heart skips a beat.  He reminds me of his father, so many years ago, who used to find me after class, to go to Dascomb for lunch or to the student union for a cup of coffee.

When did time slip by us so quickly?  Have the best of our years gone by?

“Mom, come sit in on my physics class!  The lecture is on Einstein and his theory of relativity.”

I smile at his eagerness and finally agree. As long as he doesn’t ask me to come to linear algebra next!

For the past day, he has hauled us – his dad, his younger sister, and me – all over the campus. To his lecture halls and the laboratory that he is conducting research in.  He introduced us to his professors and sought out the advisor in the chemistry department who helped him choose his courses, the same advisor that Nick had been assigned to so many years ago.  He dragged us through the athletic complex where he works out in the evenings and to the dining hall where the food is “marginal”. He proudly shows us his tiny dorm room, in German House, more the size of a closet than a room.

My college, through his eyes. A second generation that has come full circle. 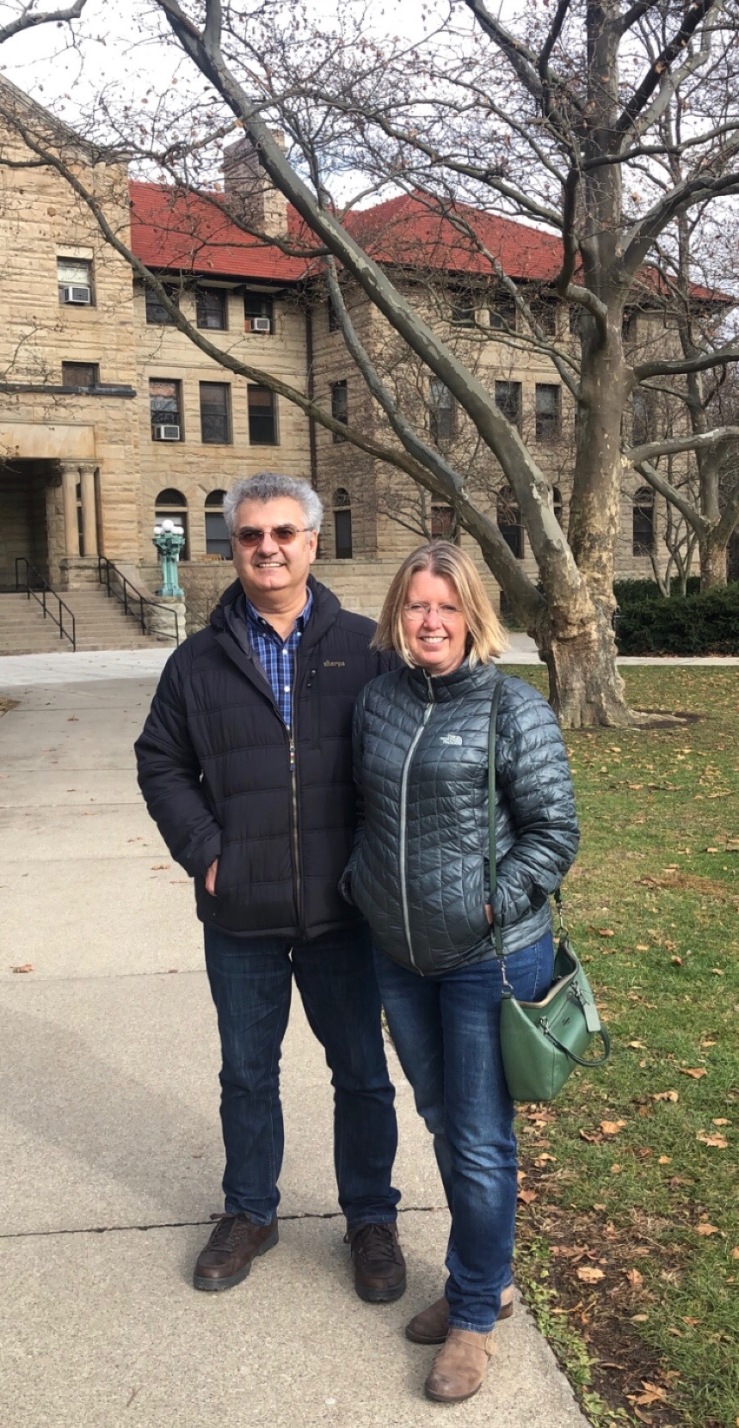 I want to tell him exactly how it was back then, when his father and I walked the same pathways. This college was our anchor as well as our springboard. We absorbed the teachings etched into the walls of the academic buildings – King and Severance and Kettering.  They promised us a life beyond, a solid footing, the groundwork for our future. I want to tell him to let it all permeate, to learn as much as he possibly can, to cherish the opportunity given.  I want him to understand that this college afforded his father a way out of an underprivileged life, one in which he had to wash dishes to contribute to his family’s meagre income.  I want him to know what this college did for me, newly arrived from Germany, opening my eyes to a whole new country, different customs, a new vista.  It was here that his father and I met, where we saw the unfolding of our life together.

I remain silent, however, reigning in my emotion, proud and thick in my throat.  The best, far from being over, I realize, is yet to come.

It is his time now, not mine.