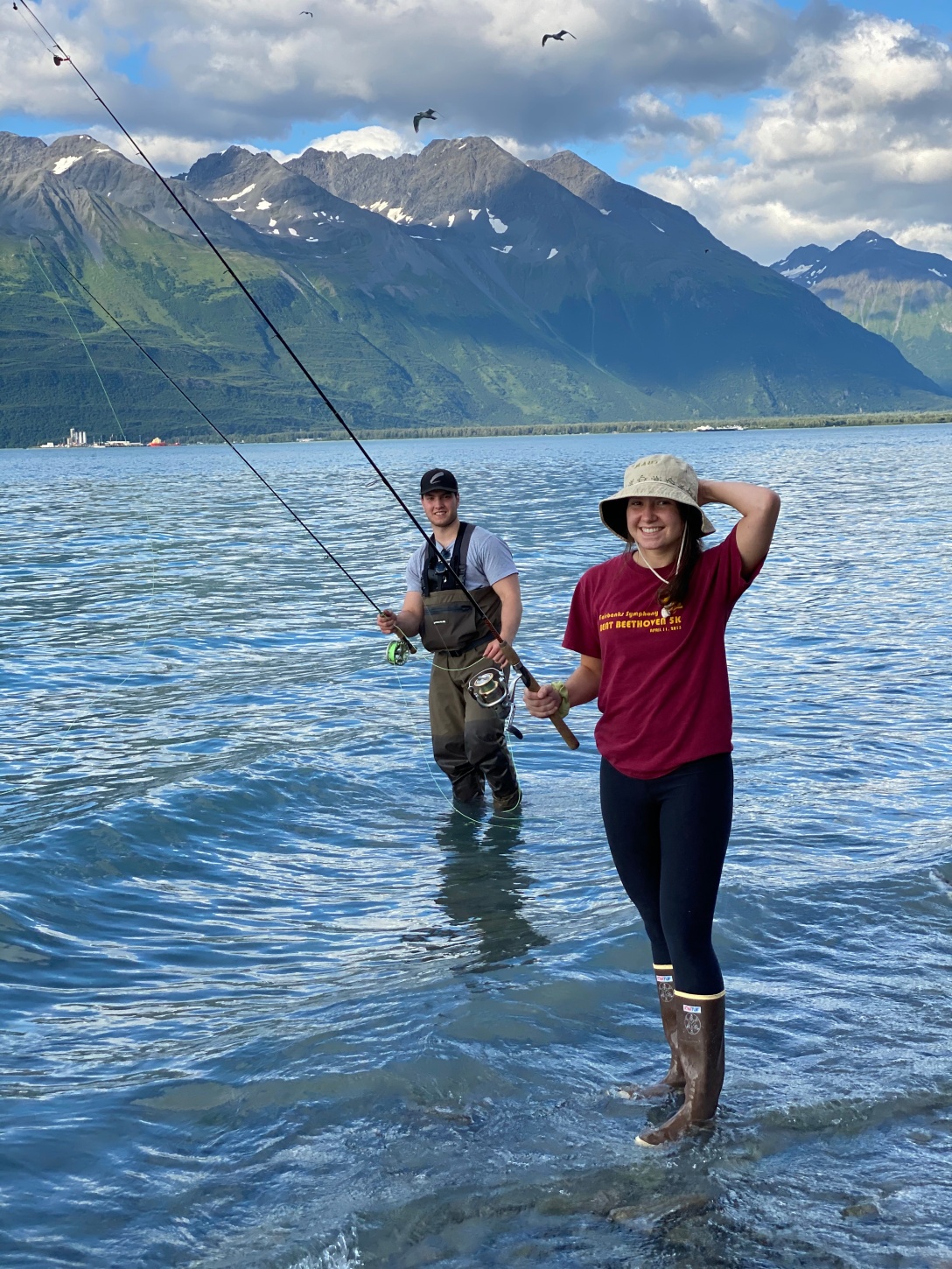 It was not so much the prospect of yet another fishing excursion, this time for silver salmon, that lured me onto a family road trip to Valdez. We had already gone on several fishing trips this summer and I had more than once proven my poor fishing skills. Ice fishing for grayling and pike in the Chena Lakes. A halibut charter in Kachemak Bay. “Combat fishing” for red salmon in the Kenai River. I had managed to catch not a single fish while the rest of my family triumphantly caught their limit within an hour or two.

“My fish was so big I needed help hauling it into the boat!” Helen proudly related. Yanni was intent on filling our freezer with enough fish to last us all winter, a task he deftly accomplished. Even Nick, whose angling experience I had thought did not surpass mine by much, successfully reeled in our dinner that evening. I, on the other hand, stood watching them hopelessly, snagging my fishing line on rocks and driftwood and seaweed.

This time it was the landscape that drew me in. We had driven down to Valdez many years ago, when the children were still little, and I remembered the drive to be a beautiful one. Placing this firmly into my mind and trying not to think of rising at the crack of dawn to stand knee-deep in a cold Alaskan bay, I grudgingly helped load the camper with fishing rods, coolers, lures and waders.

Once again, Alaska did not go unpromised. On the half-mark of the drive, Rainbow Ridge rose in all shades – blue, violet and orange. We drove in high country, near Summit lake, in windy terrain, well above the tree line. In the surrounding mountains, watersheds sculpted the earth and ended in blue-green creeks. At Thompson Pass, a great river of glacial ice presented itself, hued in purple, making us feel humanly miniscule. Descending from the mountain pass, we saw waterfalls, one diaphanous, like the veil of a bride, another one braided, like a horsetail in the wind. Close to Valdez, we caught sight of Prince William Sound, far-reaching and blue.

Not quite 6 am and Yanni roused everyone in the camper, ready to fish. The tide was right. He had already given us a tutorial about the different types of salmon: chinook, sockeye, coho, humpback, chum. Was I learning a new language? We discussed the difference between pink and silver salmon, both presently “running.” Pink salmon had black lips, a white mouth and spots on their back. Silvers were much larger in size and had a distinct silver luster. We were fishing for the latter, Yanni emphasized.

“Try unlocking the reel before casting out, Mom,” Yanni patiently instructed, suppressing a smile. Some hours later, my toes had grown cold despite the Xtratuff boots I had borrowed from Helen. My bicep ached from fruitlessly flinging about. When Helen cackled at me while she scooped yet another fish into her net, I decided I had enough.

I settled myself onto a rock and took in the scenery instead. The bay glistened. The sound of the seagulls filled my ears and the salty air settled on my skin. I listened to the gentle swoosh of the lapping waves at low tide and to the humble manner in which Yanni unhooked an unintended pink salmon, still flapping in his net, while he promised “Hold still, Buddy, I’m returning you to the sea.”

In the end, it did not matter how many fish we hooked or let go again. It was more about a sunny weekend in a place where it typically rains, and learning about fish I will probably never catch, and about being with the people I call my own.